What Does an Inverted Treasury Yield Curve Mean for Muni Bonds?

In July, the 2-year U.S. Treasury rate exceeded the 10-year rate. This “2s/10s” inversion of the Treasury yield curve is an unusual occurrence signaling economic contraction, which historically, more often than not, has preceded a recession. We asked GW&K’s Municipal Bond Portfolio Manager, Kara South, how this market event affects the Muni Bond Team’s day-to-day management of our muni portfolios.

Does an inverted US Treasury Curve signal that the muni bond yield curve is likely to invert?

What is it about the municipal curve that keeps it upward sloping even when the Treasury curve inverts?

Kara: There are several factors that contribute. The first one is simply demand. The muni market is dominated by retail investors, who tend to invest at the shorter end of the curve. The second is supply, which, in the muni market, comes mostly at the long end. A third is tax risk, as the longer the bond, the greater the chance that tax laws will change before the bond matures. Another is credit risk. Although municipal bonds are very high in quality, they still carry credit risk versus Treasuries, which are essentially risk-free. In fact, right now, credit curves are on the steeper side. For instance, the difference between a typical bond’s yield and the AAA muni scale is significantly higher for a 10-year maturity than a 5-year maturity. Finally, there are also structural factors that keep the muni curve upward sloping. For example, munis with longer maturities typically carry
a 10-year call, meaning the issuer has the option to pay investors back early, a borrower-friendly feature that requires additional compensation from investors.

If the muni curve doesn't invert, do you expect it to at least flatten?

Kara: We have already seen that happen, though in a much less orderly pattern than what has occurred in the Treasury market. Year-to-date through July, the 2s/10s slope of the muni curve has flattened 18 bps, with 16 bps of flattening in July alone. Even so, 10-year municipal yields were still +61 bps points higher than 2-year yields, while the Treasury curve was inverted -24 bps (Chart 2). Given this disparity, we would not be surprised to see the muni curve flatten more in coming months. 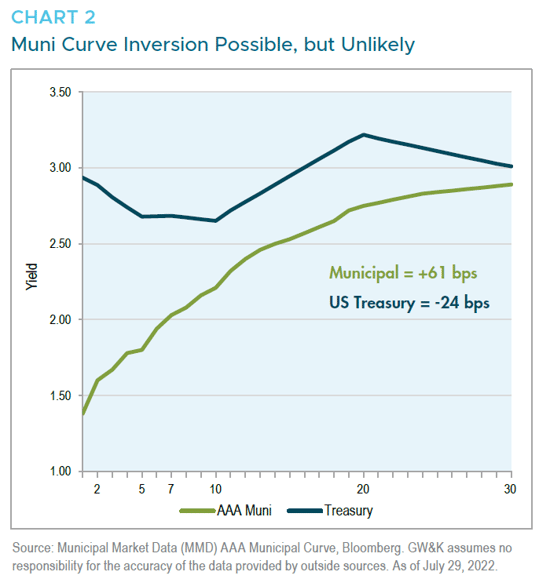 What does this mean for active muni bond managers, like GW&K?

Kara: We are continuously monitoring our portfolios and making adjustments, based on many factors including the slope of the yield curve and the level of absolute rates. Through active management, we are able to capture the higher yields associated with the upward slope by selling shorter maturity bonds and reinvesting further out the curve. For example, in July we picked up about 100 bps of yield on our buys versus our sales.

We also take advantage of bond roll, which is a meaningful contributor to total return. As bonds naturally roll down an upward sloping curve over time, they offer an additional return component over and above the stated yield of the security, which we can exploit as an active manager. This same concept can also be applied to the credit roll as the wider spreads of longer maturity bonds tend to tighten as they age over time. Optimizing where to buy on the curve and where to sell are key components of our strategies.

We feel the muni market is a vast, complex, highly fragmented, and inefficient market that lends itself well to experienced, research-driven, active management. 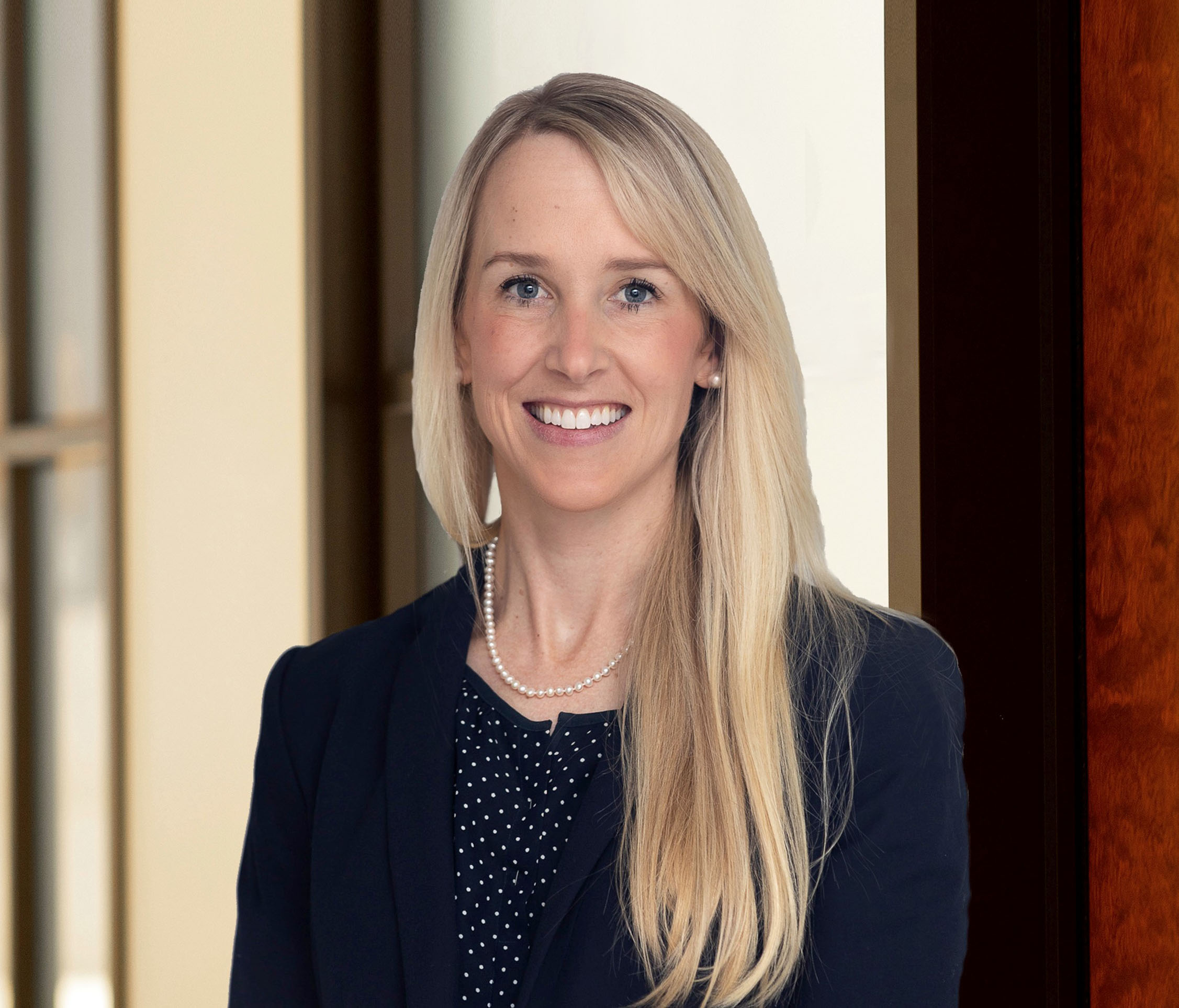 This represents the views and opinions of GW&K Investment Management and does not constitute investment advice, nor should it be considered predictive of any future market performance. Data is from what we believe to be reliable sources, but it cannot be guaranteed. Opinions expressed are subject to change. Past performance is not indicative of future results.

GW&K's CIO and Portfolio Managers share their insights and opinions on the economy and market each quarter.